Garfield Park has special historical status within the District as one of the seventeen original federal appropriations purchased by the government in 1792 and described by location and function in a note accompanying Andrew Ellicott’s engraving of the L’Enfant plan. Originally identified by L’Enfant as a site for a grand cascade, this land – Original Appropriation No. 17 (Reservation 17) – was improved and transformed into a public park in the late nineteenth century and named Garfield Park. For over two centuries – despite various threats and encroachments over the years by both public and private interests – the land has remained an open public space. Garfield Park is bounded by several significant diagonal avenues which were an integral component of the L’Enfant plan, providing important views between prominent sites within the city. The historic residential neighborhood surrounding the park is significant as part of the Capitol Hill Historic District, which has been listed in the National Register of Historic Places since 1976. 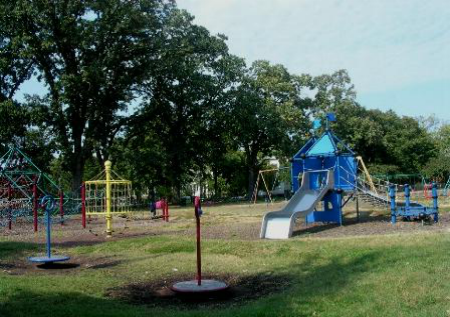 Nearby Eat and Drink